This post was written by Vanessa Richter, Research Master student in Media Studies at the University of Amsterdam

Since their inception, commercial digital health tracking (DHT) platforms, such as Apple Health and Google-owned Fitbit, pushed towards adoption by public institutions. We’re seeing them reimagine public health today through public-private partnerships. While DHT might still be a personal choice for most, the US government’s move to employ Fitbit in the national health study All of Us and Apple’s work in health research in partnership with the Harvard T.H. Chan School of Public Health and National Institute of Environmental Health Sciences (NIEHS) emphasizes DHT’s potential for public adoption. Both already entered the private health insurance market in the US through partnerships with Aetna and UnitedHealthcare and in the UK with Vitality, highlighting their infrastructural capabilities. More users equal more data and, hence, more money. However, do these partnerships also equal fair opportunities through better access to health services, as Apple and Google want us to believe? 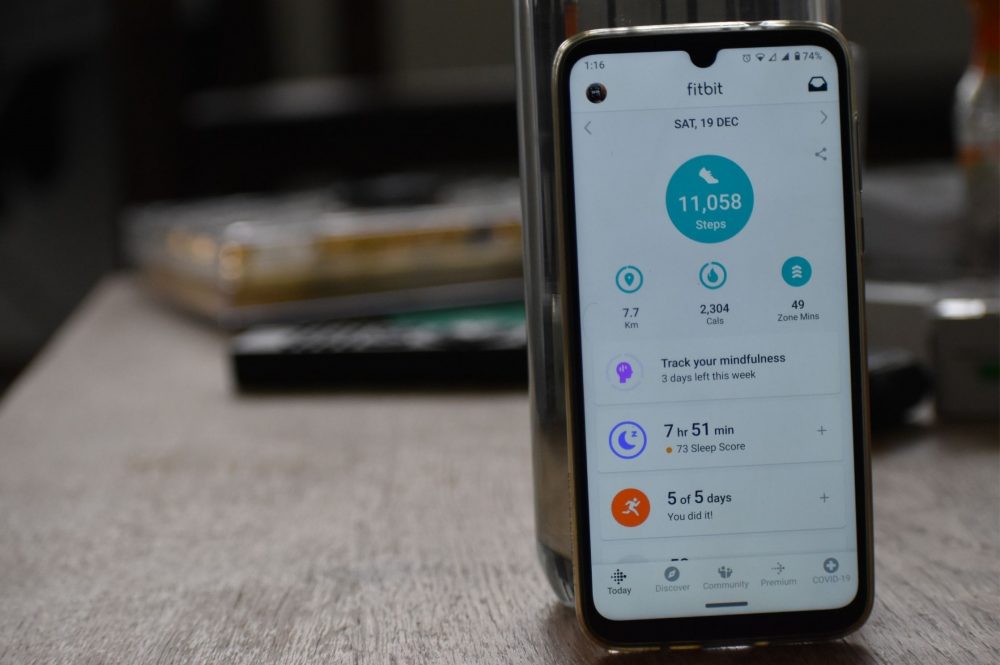 The simple answer is no. DHT platforms are based on strict categorization systems which often reproduce historical discriminations of marginalized groups. Both Fitbit and Apple Health still track users based on biological gender data. Just as Biven and Haimson found in the case of social media platforms, these services lack diverse gender representation. DHT platforms also offer limited features to none for users with disabilities. Moreover, both platforms have been struggling with adequate female health tracking for years despite continuous requests in the Fitbit community. Nonetheless, both companies have moved into corporate healthcare with Fitbit Care and Apple’s Corporate Wellness. They market DHT as empowering, objective, and accessible, obscuring inherent ethical and moral concerns over biases and biopolitical control. Public adoption would extend DHT platforms’ power to shape not only the lived experiences of users but also those of populations and their perception of personal and public health. Adoption by public institutions enables these companies, in the words of Cathrine D’Ignazio and Lauren Klein, to further “track individuals and groups through their lives and [possibly] limit their future potential” and potentially accelerate systemic marginalization.

Nevertheless, private-public partnerships only seem to multiply with the ongoing COVID-19 crisis. The premise that DHT is a ‘personal choice’ only holds true for some users, however, as Apple Health is already preinstalled on iPhones. The current US Antitrust bill is trying to solve this issue. That being said, the bill is a US antitrust law drafted by the Federal Trade Commission that protects capitalist markets rather than users’ privacy by allowing them to uninstall Apple Health to prevent unapproved data collection. The perception of health as a commercial endeavor has a long history in the US. Big Tech companies, such as Apple and Google, are part of this US political economy. In turn, Apple and Google inform current sociotechnical imaginaries around DHT technology such as data as objective, platforms as neutral, and health tracking as self-care. This not only shapes user behavior but also public perception on an international level. As D’Ignazio and Klein emphasized in their 2020 book Data Feminism, “not only the inner workings of machine learning [or platforms], but also the history, culture, and context […] lead to discriminatory outputs in the first place”. Therefore, we need to consider more than coded bias by analyzing the imaginaries these companies buy into versus the values their actions and DHT platforms seem to protect or perpetuate. This would allow us to find another entry into questioning and reimagining personal and public health as equitable.

Reimagining (Public) Health for Whom?

Our health has been normed, transforming individual health into discrete numbers and categories as saleable capital. DHT categories push a one-standard-fits-all system. Health is imagined as a normative concept instead of an individual state through DHT defining health based on sleep scores, BMI calculations, and steps walked. DHT platforms arguably buy into a definition of “health as absence of disease [as] a value-free theoretical notion” based on statistical and biological health data, as defined by Christopher Boorse in 1977. Health measures need to be easily readable for users through numbers, one-dimensional icons, and color gradients. Nevertheless, both Apple and Fitbit push a complex understanding of health in their advertisement aligned with Paul Ahmed and Réne Dubo’s definition of health as a relational concept based on personal values and (mental) well-being. While Apple promotes its wearables as motivational self-care tools, Fitbit presents itself as a community for users’ well-being offering a “Mindful Method”. Hence, both companies reiterate sociotechnical imaginaries buying into a neoliberal self-care paradigm, and the imagination of platforms as open, objective, and social spaces but health as a revenue source has been normed for profit, not equality or accessibility.

That is, however, what users need to believe as DHT is often imagined as a lifestyle centered around health, fitness, and personal well-being. A quick glance at Apple’s pricing reveals, however, that this lifestyle is bound up with income and class.. Lifestyle historically connects wealth with health as economic capital affords the best healthcare, diet, working conditions, and leisure time. It also connects to the current zeitgeist of influencers showing off their latest diet change or fitness regime for better health, often marketing DHT apps and wearables. Fitbit and Apple Health, just as other DHT platforms, successfully incorporate these imaginaries of community and belonging into their advertisements, becoming an aspirational means to a goal which lies outside of many users’ reach due to income, social status, and even body type. Therefore, imagining health as a lifestyle creates a ‘good life fantasy’, using Lauren Berlant’s terminology, that many users can never achieve and that will remain an aspirational fantasy. While aspiration can surely be motivational, this paints health not as a public responsibility, but as a personal one. Users can choose to buy into DHT, yet not everyone can afford to buy into the neoliberal ideology of self-responsibility.

This is already the norm in the US, but European countries are also seeing a health industry shift towards neoliberal ideals, coming under pressure through corporate lobbying. DHT is imagined as an easy, affordable tech-solution and has already been incorporated through public-private partnerships with Apple Healthcare progressively pushing the responsibility from state to citizen. Power, however, does not shift to citizens but to commercial companies with users becoming reliant on their goodwill. Although DHT has become reiterated as an alternative or addition to healthcare by companies like Apple as “[t]he more informed you are about your health, the more empowered you are to take action”, DHT platforms were never meant to be used as healthcare services. While Apple and Google play with sociotechnical imaginaries such as neutral platforms, data as objective, and user empowerment, these public-private partnerships scale intersectional issues and require citizens to use DHT platforms for healthcare for which they were never an intended user. These adoptions need to be carefully vetted for the structural marginalization they reproduce, which currently does not seem to be the case. The adoption of Apple Watches by healthcare providers in the US and the UK require members to own an iPhone to pair the device despite the known class-dependency of Apple products. At the same time, Fitbit is marginalizing women, non-binary people, and users with disabilities with lacking features; yet was still chosen by the US government for the All of Us study.

This all goes to show that we need more nuanced approaches to personal DHT, as private choices become a public necessity. Neither Apple nor Fitbit represents a good fit for public healthcare, not only due to their privileged ideal user, but also due to their supposedly value-free definition of health. Understanding the effects of health imaginaries can offer a framework for possible interventions and regulations of DHT platforms, especially considering the widespread adoption of these platforms during COVID-19. Incorporating an intersectional approach should be a requirement for progressive suggestions for systemic change by addressing not only biases, but the socio-cultural and historic marginalization these platforms reinforce. The politics of formatting health necessitate an in-depth analysis that questions the very concept of health, the categorizations on which it is based, the public values it portrays, and the potential it has on the quality of public health services for citizens. As Virginia Eubanks warned in Automating Inequality, “[t]he cheerleaders of the new data regime rarely acknowledge the impacts of digital decision-making on poor and working-class people”. So what if we do not fit in?

Vanessa Richter is a Media Studies Research Master student in New Media & Digital Culture at the University of Amsterdam with a background in cultural studies and journalism studies. Her research interests focus on platform studies, affect theory, and interdisciplinary methodology. She is currently researching the affective relationship between users and platforms as infrastructures, especially within digital health and education. (Twitter: @vrichter8)