Podcasts as Public Media: Challenges in the Age of Platforms

This post was written by Emma Breuer, Research Master student in Media Studies at the University of Amsterdam

To provide the general public with up-to-date and scientifically-backed answers to pressing questions about COVID-19, local German public radio broadcaster NDR launched the daily podcast ‘Das Coronavirus-Update’ with virologist Christian Drosten in February 2020. With 15 millions downloads in the first month and consistently ranking in the iTunes top ten charts, the podcast is one of the most popular corona-related media outputs in Germany. Moreover, the podcast is said to have incited a “German Serial moment”, and has been compared  to the widely successful investigative journalistic podcast ‘Serial’ which is commonly understood as the medium’s breakthrough hit into the Anglophone mainstream in 2015. In response to the success, the podcast won several journalistic awards for its contribution in the field of science journalism. One of these was explicitly awarded for the fact that the podcast showed “the potential of knowledge transfer via podcasts”. Indeed, podcasting arguably offers new possibilities for public service broadcasters to reach the wider public with in-depth journalistic work to live up to the Reithian ideal of public service broadcasting to ‘inform, educate and entertain’. However, the current platformization of podcasting, through the rise of platforms such as Spotify and Apple Podcast, as recently discussed by John Sullivan (2019), poses new threats to the adoption of podcasts by public service media. 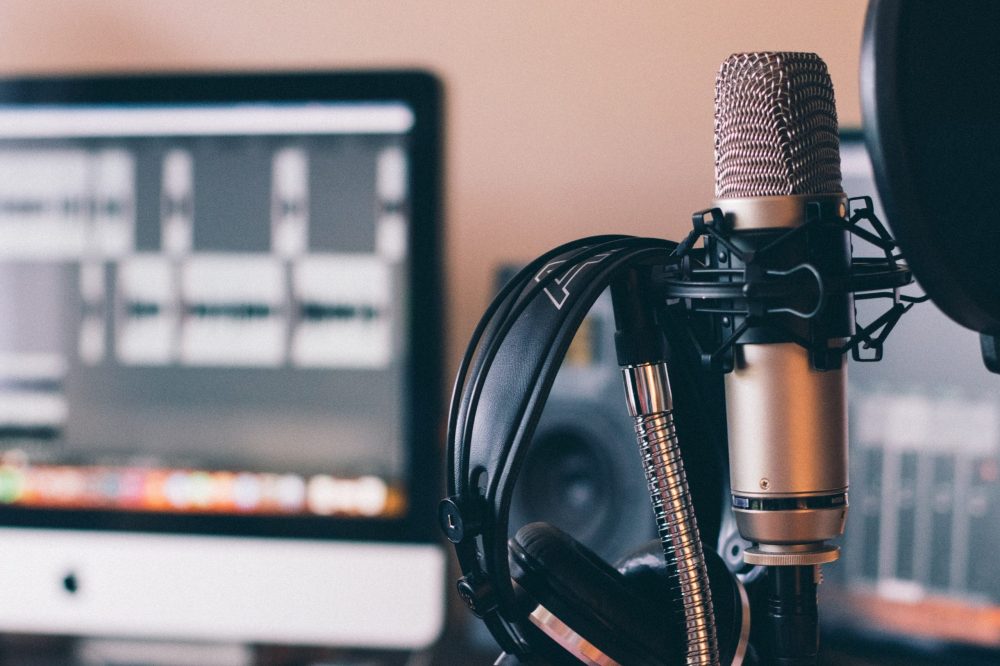 The adoption of podcasting by public broadcasters is not a new phenomenon. On the contrary, public service broadcasters were among the first to embrace podcasting. Considering two of the first public broadcasters turning their programming into podcasts in the mid 2000s, NPR and BBC, Tiziano Bonini (2015) argues that the broadcasters credited the new medium with the ability to better serve their listeners to legitimise their existence in times of declining interest in legacy radio broadcasting. A closer look at the origins and characteristics of podcasting demonstrates that the adoption of podcasts cannot be dismissed as an opportunistic attempt to reach younger people. Podcasting resonates particularly well with key values of public service media, such as universal access, diversity and innovation, as, for example, formulated by the European Broadcasting Union. There are two main reasons for this.

First, research by scholars like Richard Berry (2006), Jonathan Sterne et al. (2008) and Sheri Crofts et al. (2005) suggests that podcasting empowers audiences and producers. While listeners are freed from fixed broadcasting schedules and locations of traditional radio programming due to the portability and time-shifting qualities of podcasts, producers are rendered independent from restrictions with regards to the length and formats of traditional radio shows. For public broadcasters, podcasting provided the means to to experiment with new formats and content, thereby extending their reach. Furthermore, public broadcasters could adopt podcasting to render their show archives easily accessible to the wider public.

Second, on a technical level, the distribution of podcasts builds upon RSS feeds, an open web format which renders podcasts openly accessible, free of charge. RSS feeds are a decentralized way of distributing audio content to listeners all over the world. As a result, the podcasting landscape was originally marked by a variety of consumption and discovery platforms, apps and open software tools, which users could use to find and listen to podcasts for free. As such, podcasting differs from other forms of internet-native cultural production that developed around the same time on the internet, such as video blogging on YouTube or mobile apps on Apple’s App Store, which are inherently linked to a single, centralized platform for production, distribution, marketing, monetization, and consumption. In light of the commercial nature of most dominant platforms, public broadcasters could adopt podcasting without subjecting their content and audience – the public – to the commercially-driven decisions of a single privately-owned company.

New players have entered the podcast market over the past few years, however, and have transformed podcasting into a new battlefield of the platform economy in which companies such as Apple, Spotify, Amazon, and Google are competing for dominance in the growing industry.

Right after integrating podcasts on the platform in 2015, Spotify started to negotiate exclusive licensing deals with popular podcasts shows. By offering a select number of  podcasters highly lucrative deals worth up to $100 million, Spotify turned producing podcasts into a professional career similar to TV or film production. At the same time, Spotify started to produce a large portfolio of new podcasts, so-called Spotify Originals, which are exclusively distributed via Spotify, and purchased several big podcast production companies, including Gimlet Media, The Ringer and Parcast. While Apple has not yet started to produce its own platform-exclusive podcasts, other platforms like Amazon Music have followed suit by announcing their own line of platform originals.

At the same, the tech magazine The Verge recently predicted that “podcast wars will come down to ad tech, not exclusive content”. This points to the increasing investment of podcast platforms in advertising technologies which allow them to target audiences auditorily through automatic ad-insertion. One example of this is Spotify’s acquisition of Megaphone and SiriusXM’s acquisition of Stitcher and Midroll, which enables the companies to expand their advertising infrastructure and contributes to the consolidation of the podcast advertising market alongside a few companies. Banking on the continuous growth of the podcast industry, podcast platforms hope to finally generate direct income via the implementation of such technologies. Following Spotify’s announcement of the ‘Spotify Audience Network’, the integration of dynamic advertising marketplace into podcast platforms might be the start of a completely new business model for podcasters, similar to the ‘Partner Program’ available for creators on YouTube.

Most recently, the two most popular podcast platforms, Apple Podcasts and Spotify, announced the launch of paid podcast subscriptions, hence extending the possibility to directly monetize podcast shows via podcast platforms to all podcasters. This could provide an easy way to generate at least partial income especially for small and mid-size businesses, which are not yet alluring to sponsors or advertisers yet. What exactly are the potential challenges of these developments?

In the case of podcasting, the rise of new business models for podcasters is linked to the alignment of producers with the technical infrastructures of platforms – which increasingly centralize the distribution of content and, thus, contribute to the erosion of the open and decentralized distribution of podcasts via RSS. Most obviously, this can be observed with regards to the emergence and growth of platform-exclusive podcasts. By making an exclusive licensing deal, platform operators render podcasts exclusively accessible to the users of their platform, and therefore contribute to the active withdrawal of podcasts from the open podcast ecosystem. Moreover, the launch of platform-integrated monetization tools, such as paid subscriptions and advertising marketplace by Spotify and Apple, has further reinforced the abandonment of the decentralized distribution model. To be able to use the new features, both Apple and Spotify require podcasters to use their own platforms as hosting providers. In 2018, for example, Spotify acquired the platform Anchor. This aligns with John Sullivan’s (2019) research on the platformization of podcasting in which he observes the increasing consolidation of hosting, discovery and consumption of podcasts into a small number of commercial platforms. This is opposed to the previous configuration of the podcast landscape which was characterized by the separation of podcast hosting, discovery and consumption into different services and platforms. However, most recently, platforms also began to integrate the monetization and production of podcasts into their platforms, thereby further increasing their bargaining power over content producers.

Particularly with regards to Apple, the increasing integration of hosting and monetization functionalities constitutes a turning point. Considering the historical evolution of podcasting, scholars and industry commentators have attributed Apple the role as a “benevolent dictator”. When Apple launched podcasts on iTunes in 2005, the platform quickly became the dominant podcast platform, thereby giving Apple power to set the standards for podcast distribution. Yet, one of these standards was the use of open RSS feeds which Apple made a requirement for all podcasters to submit their shows to the platforms. Against the backdrop of Apple’s influential role in the podcast market, Apple’s abandonment of RSS-feeds as the standard for podcast distribution – although only for podcasters using paid subscriptions – arguably raises the question if the open podcast ecosystem is coming to an end soon.

For public service broadcasters, the widening abandonment of RSS feeds and the open podcast ecosystem challenges the realization of key public values by public service broadcasters through podcasting. To secure values such as accessibility, accountability and independence, public broadcasters must avoid becoming complicit with commercial aims – a threat that comes with the increasing bargaining power of podcast platforms that dominate the majority of the market. Let’s consider Germany as a recent example. Public broadcasters clearly do not all share the concerns about commercial platforms. In 2020, Spotify launched Spotify Exclusive podcasts in (financial) cooperation with the German public broadcaster WDR. These podcasts will only later be made available via the online media library of the broadcaster. At the same time, it can be observed how the British BBC and the German ARD have invested into their own extensive audio platforms on which all their podcasts are available. The BBC Sounds platform even ranked as the most popular podcast platform in the UK in 2020, according to the annual Digital News Report. The BBC even decided to temporarily withdraw all their podcasts from all Google podcast platforms due to their concerns about Google’s technically-implemented favoritism towards its own content and products.

Against the backdrop of the enthusiasm about the “public” potential of podcasts, for instance, following the success of ‘Das Coronavirus-Update’, the current transformations in the podcasting landscape indicate that building public platforms alone might not be enough to guard podcasting’s potential as a public service medium. On the one hand, the public podcast platforms need to make sure that they actually offer attractive alternatives to their audience, particularly when commercial podcast platforms are continuously expanding their content catalogues and integrating new functionalities for podcasters and listeners. While BBC Sounds seems to be rather popular right now, a recent survey in Germany showed that the ARD Mediathek is predominantly only popular with podcast listeners over 50. On the other hand, the increased luring of formerly independent podcasters into highly platform-dependent relations requires that public broadcasters also start thinking about how to provide more funding opportunities to independent podcasters whose content contributes to a strong public sphere. This would, perhaps, allow public broadcasters  to ensure the survival of the open podcast ecosystem.

Emma Breuer is a Research Master student in Media Studies at the University of Amsterdam, with a background in political science. Her research interests mainly focus on the political economy of digital platforms, particularly the transformation of the cultural industries and labour relations in the gig economy. Currently, Emma is writing her thesis on podcast platforms and their impact on podcasting culture (Twitter: @embreuer).