This post was written by Veronica Fanzio, Research Master student in Media Studies, New Media, and Digital Culture at the University of Amsterdam.

TikTok is arguably the most hectic and content-rich mainstream social media platform. We have all gotten lost in the paraphernalia of dance videos, cooking tutorials, kittens, and lip-synced songs. There are even TikToks about how to make TikToks! It is no wonder that the content is so diversified, given that the app counts approximately 689 million monthly active users and over 2 billion downloads worldwide.

For this reason, TikTok has become a renowned trendsetter. An article on i-D about the ongoing tendency of shaming vanilla-sex on the app recently caught my eye. It is not uncommon for the platform to host hypersexualised and even pornified content, but it still struck me to learn that the hashtag #chokeme culled 65.1 million views on an app that is mostly in vogue among the youth. This struck me as peculiar because the app categorically prohibits the promotion of sexually explicit and pornographic content.

Searching for the most popular hashtags linked to both vanilla and kinky sexual practices, users on TikTok easily fall into the collection of so-called #kinktok. Kink is a term that refers to unconventional sexual practices, usually used interchangeably with “fetish”. Its identitarian connotation can be strong, as people can identify as “kinky” also in other spheres of their social life. The hashtag #kinktok can thus be examined through the lens of folkloric expression online, through which the KinkTok phenomenon becomes a possible manifestation of the kinky-identifying community and the digital performance of sexual identity.

In this article, I venture to take you on a brief tour along the bright and worrisome sides of KinkTok which I will use as a case study to highlight the importance of this application for some users.

As I briefly mention above, my personal encounter with KinkTok started when I read an article that focused on the concerns and oppositions of the “vanillas” (a term used to describe people who prefer engaging in what is commonly conceived as “conventional sex”). In fact, some of the content found with the hashtag #kinktok degrades and ridicules vanilla sex. As one video goes: “share this if you’re into [knife] play, I’m trying to prove something to the vanillas”. As one user insightfully explains on a TikTok video, one of the most resounding worries among users is that vanilla-shaming incites people, and especially young girls, to engage in sexual practices they may be uncomfortable or unfamiliar with to avoid being labeled as “prude”. Kinky sex, in this scenario, can quickly result from peer pressure and fear of social judgment and exclusion, rather than a search for pleasure.

Other people also question the effects of Kink normalization. One TikTok found under #chokeme, for instance, writes: “things girls want but won’t ask for”, enlisting choking, air pulling, and “love marks”. According to the criticism, this video blurs the line of consent and could lead to an increase in sexual violence among teenagers. Moreover, this content foments existing concerns about the misrepresentation of sexuality on social media. As Stefanie E. Davis showed, social media can in fact reinforce gender injustices, objectify young girls, and incite their submissiveness in the eyes of their male counterparts.

If we examine KinkTok in black and white, however, we risk missing the complexities of the expression of sexuality online. Communication scholar and professor Amy Hasinoff, for instance, compels us to adopt a more nuanced perspective, understanding sexting as media production. She encourages people to think about the self-empowerment that individuals can obtain from this type of communication, urging researchers to focus on the opportunities presented by social media.

In line with her research, a user praises KinkTok as a liberatory community, as she claims to have found in KinkTok a place where to get involved in conversations regarding sex with no shame. In these discussions, she continues, she is empowered to be less hesitant in her private sexual life. Her testimony is not an isolated one, as there are many other voices in support of KinkTok. Vice media, for example, has interviewed some of these enthusiasts, including creators of KinkTok videos.

In the interview, they show to embrace a positive attitude toward sex and intimacy. Some of the content creators aim to break the general stigma that surrounds kink, as Pixie-Pie does with 542.5K followers on TikTok. Among these educational videos, many also have the purpose of explaining how to perform safe kinky practices, underlining the importance of being physically and emotionally protected.

To wrap up this brief tour of KinkTok, it can be concluded that the community involves a wide variety of users, whose content and intentions are very different. There are users who display a positive engagement with kinky sex and community, who are focused on inclusion and safety. Others are more involved in expressing their identities in opposition to vanillas, triggering media outlets to criticize their superficiality and their oversimplification of possibly risky practices.

As stated above, it is important to acknowledge the nuances of self-expression: these two attitudes can thus be perceived as the opposite apex of a continuum. In-between, an array of unharmful videos, with funny and positive connotations, flourish aside of choreographies and make-up tutorials, reminding users that creative identity performances thrive online. 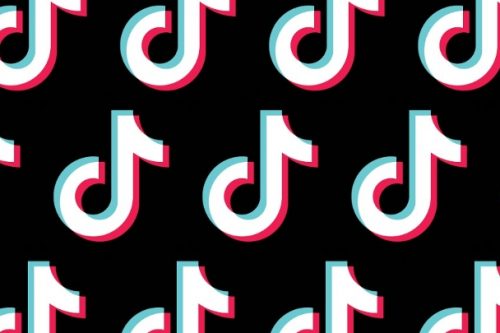 Veronica Fanzio is a Research Master student in Media Studies, New Media, and Digital Culture at the University of Amsterdam