Shadowbanning in Relation to (De)platformization

This post was written by Laura Köpping, research master’s student at the Media Studies Department of the Faculty of Humanities at the University of Amsterdam

“Help, I think I’ve been shadowbanned!” Posts like this seem to have increased in frequency on platforms like Instagram, TikTok and Twitter. These posts refer to a phenomenon that a large number of users have encountered on social media. The term has become so present that it now has its own Wikipedia page. A sudden drop in engagement with content, no new followers, videos being viewed far less frequently than usual, posts not showing up in certain hashtags. When this happens, users are not notified. They aren’t kicked off the platform either. It is an invisible ban instead, with real-life consequences. For many content creators, social media platforms are a main source of income. Creators make a living  through ads, affiliate links, or Tiktok’s creator fund. A sudden drop in engagement can have significant consequences for their revenue.

Both Instagram and TikTok have denied accusations of shadow banning. On their Instagram for Business page, the platform addressed the problem: “We understand users have experienced issues with our hashtag search that caused posts to not be surfaced. We are continuously working on improvements to our system with the resources available. […] Good content on Instagram is simply good creative.” In other words, Instagram implies that issues of content visibility are the fault of the creators themselves. The post goes on to make three recommendations: 1) have a distinct visual presence, 2) be a storyteller, and 3) put thought into your creative content. Thus, Instagram tells creators to make more of an effort. Not surprisingly, the post was met with angry comments from Instagram users.

Although the evidence is anecdotal, there appear to be many instances of shadowbanning. Creators observe a sudden drop in engagement, and posts being hidden in tags. While Instagram tends to deny shadowbanning accusations, it did admit fault in one particular case. In August 2019, it publicly apologised for hiding all pole dancers’ posts, including those of fitness accounts completely unrelated to sex and not violating any community guidelines. This issue, among others, has raised suspicion, further cementing the idea that this is not about lacking creator efforts but about censorship. Shadowbanning is an attempt to deplatform creators whose content the company deems undesirable.

Being shadowbanned is especially devastating to online sex workers, who are already targeted by the changing guidelines on social media platforms. Raquel Savage, educator and sex worker, highlights these consequences in a post on her Twitter profile, stating: “Do y’all understand how s*xworker’s safety is at risk when we’re shadowbanned & removed from social media? Do y’all understand how pushing SWer’s further into isolation makes us more vulnerable? How it affects our income? Our access to resources? Our well-being? Do yall care?”

The post highlights several important points, and once again emphasises the importance of this issue. This isn’t just a discussion about the number of followers or likes at stake. When it comes to high-risk and stigmatised professions such as sex work, it is a matter of personal safety, health, and livelihood. As it has done with so many other aspects of life, the pandemic makes these issues more pressing than ever. Online presence allows sex workers to gain revenue without having to meet with clients in person, minimising risk of physical danger and exposure to COVID-19. For many sex workers, social media provides a way to stay in touch with their fan base and clients to pick up their work when it is safe to do so again.

In some ways, the shadowbanning or restricting of certain accounts is even more sinister than outright banning or deplatforming creators. Invisibility plays a big role here: affected creators are unable to defend themselves if they cannot prove that they are being restricted, banned or punished. Unlike with the deletion of an account, the user is not informed of the occurrence. They are not able to inquire as to the reason behind the decision, or to defend themselves. They are simply left with uncertainty and a loss of engagement, wondering if this is their own fault, the result of malicious intent, or that of the elusive workings of social media algorithms. 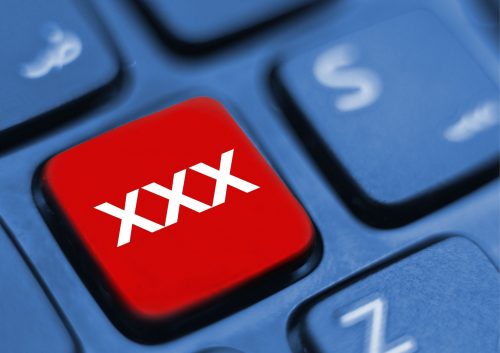 Laura Köpping is a Research Master student in Media Studies, New Media, and Digital Culture at the University of Amsterdam

Connecting the Local Hops: The Friction Between Network Topology and Municipal Topography
15/08/2022